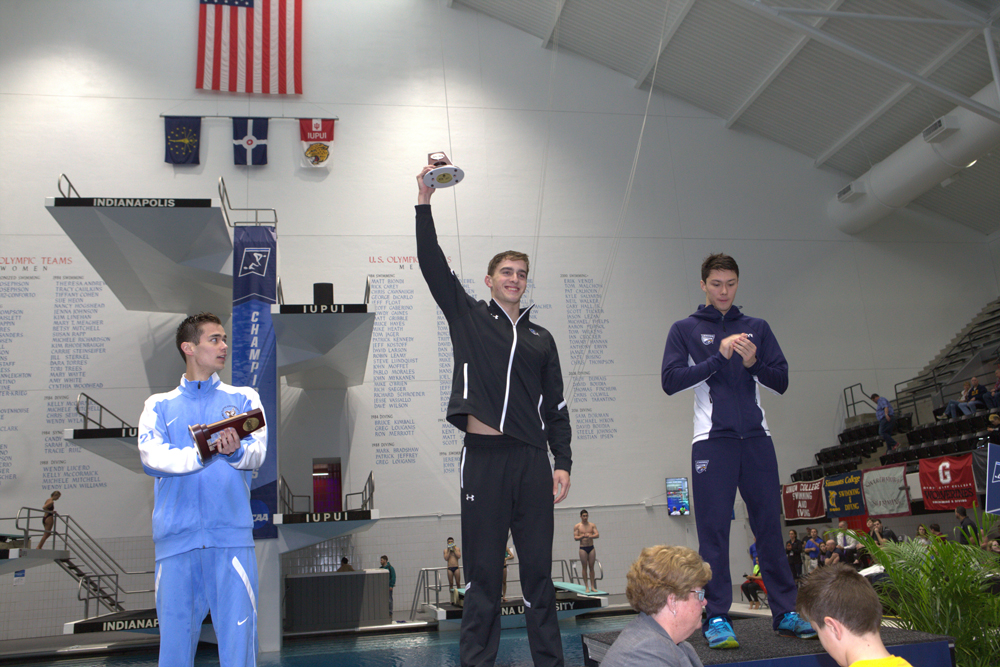 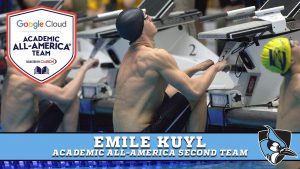 Emile Kuyl attended Dayspring Waldorf School in Warwick for early childhood and joined Mountain Laurel in the first grade. He attended New Paltz High School and is currently a senior at Johns Hopkins University where he swims on the team.

Although Emile started competitive sports fairly late, since it is not encouraged in Waldorf education, he quickly caught the bug when he started swimming at 12 with the Seahawks, a very popular summer recreational swim team in New Paltz. He later joined the Hawks, a year round swim team that practices at SUNY. At New Paltz High School, Emile competed on the cross-country, swimming (NY State finalist) and track (NY State finalist) teams and was elected MHAL Scholar Athlete his senior year.

As a junior at Johns Hopkins, Emile as been named to the Google Cloud Academic All-America At-Large Second Team. He is just the fourth Hopkins men’s swimmer to earn Academic All-America honors as a junior. He is a 12-time All-American, including earning the maximum seven All-America honors at the 2018 NCAA Championships. He was also the national runner-up in the 100 Back (47.81) and 400 Free Relay (2:59.07) at this year’s championships and holds school records in the both the 100 Back (47.81) and 200 Medley Relay (1:28.47) in addition to holding three school pool records (100 Back, 400 Free Relay, 800 Free Relay, 400 Medley Relay). Emile also boasts five of the top six times in the 100 Back in school history. In his career, he has helped Hopkins to three top-four finishes at the NCAA Championships.

Emile is majoring in neuroscience, with a concentration in systems neuroscience, and French. In the fall of 2016, he used three-dimensional editing software to reconstruct a marmoset brain and for the last year, he has done acoustic analyses of marmoset spectrograms in the Johns Hopkins School of Medicine. Since June 2010, Emile has been a Lead Instructor for the Wild Earth Wilderness Program in Accord, NY. He has also been a patient safety volunteer and operating room auditor at the Westchester Medical Center for the last two years.