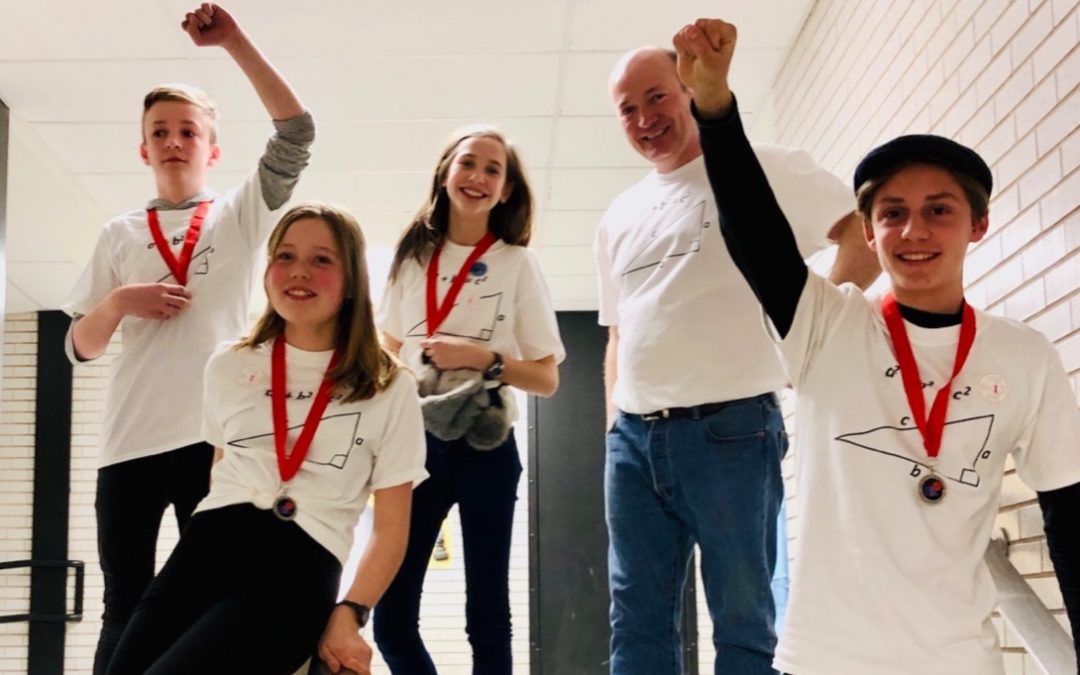 Trey, Beckett, Ana, and Charlotte competed in the Technical Challenge (called “On-Target”) where they modified and learned to fly a drone, figured out how to drop precise payloads while in flight, tell an aspirational story, feature musical scores, build elaborate props – all at the same time! They started (saw a drone for the first time) late last year, worked after school and on weekends, kept innovating and improving and were judged to be the best in New York (in their category and age group) on April 6th. As New York State Champions, they now have the opportunity to present their solution at the Global Finals – an international academic competition where they will compete against teams most every state and more than a dozen different countries. More than 8,000 students are expected at this largest celebration of student creative problem-solving in the world.

Teams that earn the opportunity to attend Global Finals are responsible for their own fundraising to cover their costs. Because the cost of the competition will be more than $10,000, their team needs your support to cover: airfare, hotels, food, and other essentials. (See GoFundMe – Support the New Paltz Destination Imagination Team)

The group is guided and lead by New Paltz local, Ted Nitza, a civil engineer. Ted acts as the Team Manager and runs the after-school program several days per week during the school year.

Our hope is that this small New Paltz Chapter will grow into a greater group/team in years to come. STEAM challenges and the benefits of DI as an after-school program are numerous for a community like ours.

Can you help them reach their goal? We are counting on you!

What is Destination Imagination (DI) anyway?!

MISSION:
To engage participants in project-based challenges that are designed to build confidence and develop extraordinary creativity, critical thinking, communication, and teamwork skills