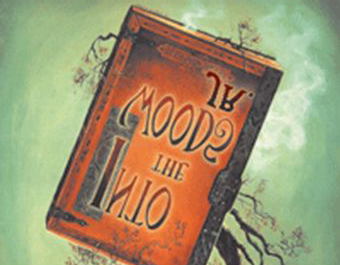 The Mountain Laurel Waldorf School’s eighth-grade class will present Stephen Sondheim and James Lapine’s “Into the Woods, Jr.,” at 6 p.m. February 11-12 at the Rosendale Theatre in the heart of Rosendale, New York. The full-length play premiered on Broadway in 1987, where it won several Tony Awards, including Best Score, Best Book, and Best Actress in a Musical. Mountain Laurel Waldorf School’s production will be co-directed by well-known local theater director, Leslie Sawhill of New Genesis Productions, and Bevin Gill, of Mountain Laurel. Steve Bernstein will serve as Music Director, and Stacey Rosen and Mark Bernstein will provide live musical accompaniment. Several eighth-grade students will also present a string quartet arrangement at both evening shows. “Into the Woods, Jr.” is a musical that intertwines the plots of several fairy tales, exploring the consequences of the characters’ wishes and quests. The main characters are taken from “Little Red Riding Hood”, “Jack and the Beanstalk”, “Rapunzel”, and “Cinderella”, as well as several others. The play that the eighth-grade will perform is an abbreviated stage version to the original, and is suitable for all audiences.

Each year, as part of Mountain Laurel’s grade school curriculum, all students participate in putting a stage performance together for the community. The experience is rich and rewarding for all, and allows class teachers to work closely with individual students to build upon their strengths and talents, while helping nurture new gifts and abilities.