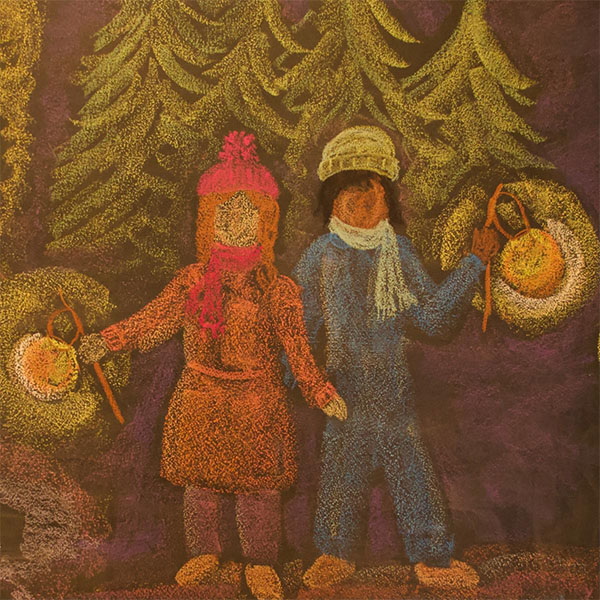 In November, as the natural world darkens, the Inner Light of Humankind wants to shine forth. In our annual Lantern Walk, this light appears as the flame enclosed in each child’s lantern.

After sunset, the littlest of our children (N through Gr2), their souls wide open to wonder and magic, walk along a candlelit path holding their lanterns until they reach a circle of light, where, as they sing the lantern songs, dancing fairies enter the circle to hand each child a star cookie.

A diversity of lanterns made by the children 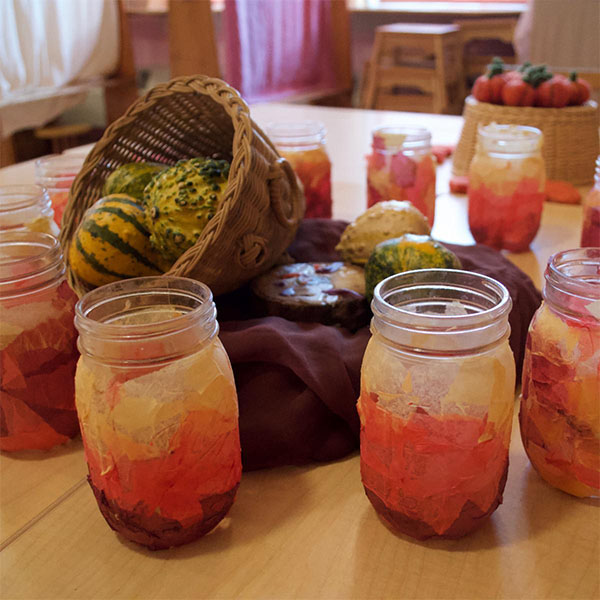 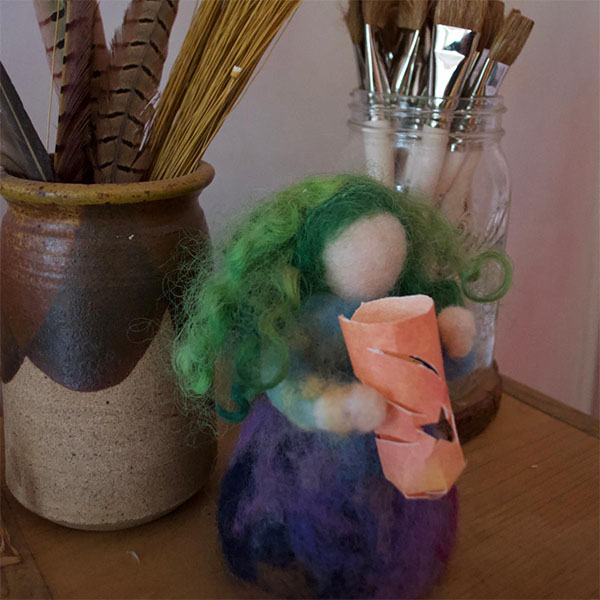 To everyone their lantern! 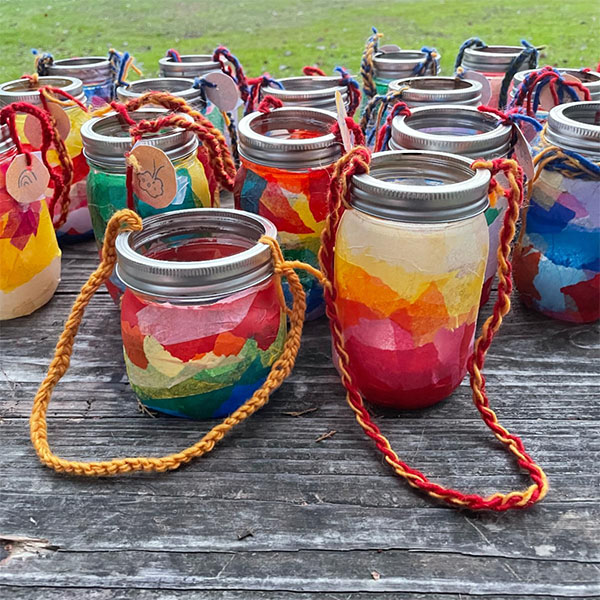 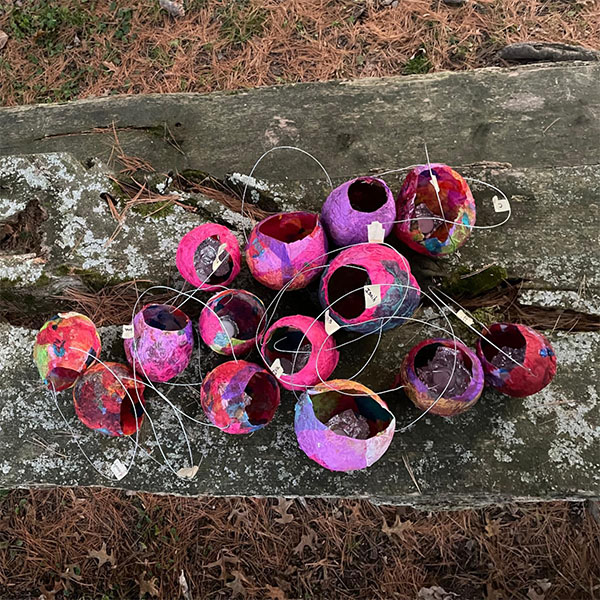 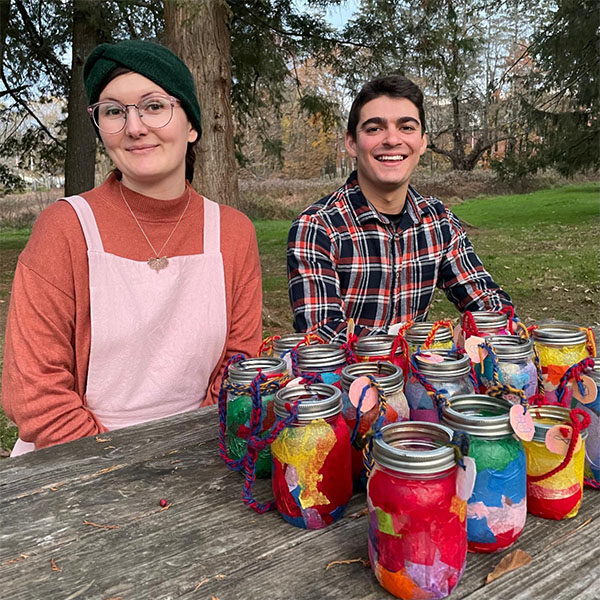 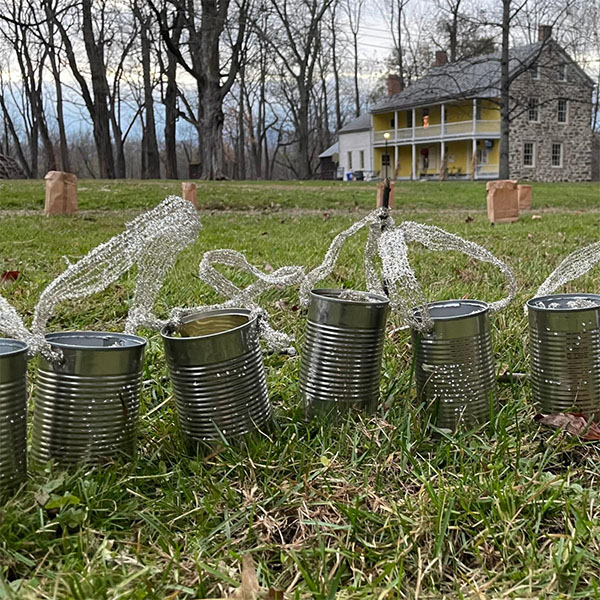 Oh how bright they glow! 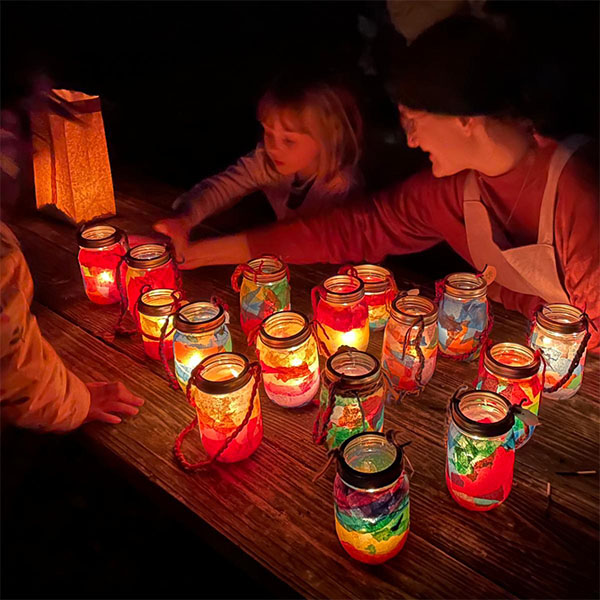 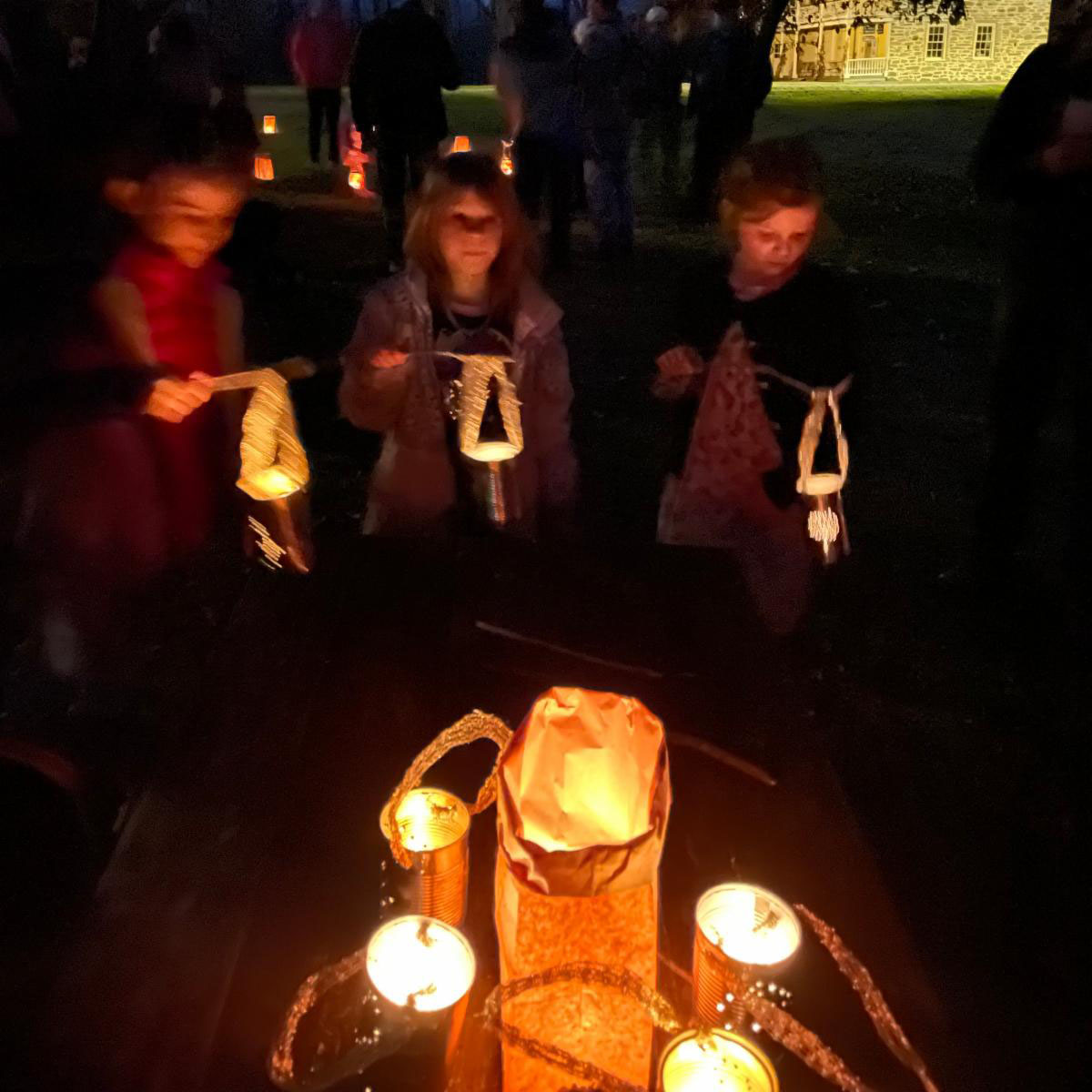 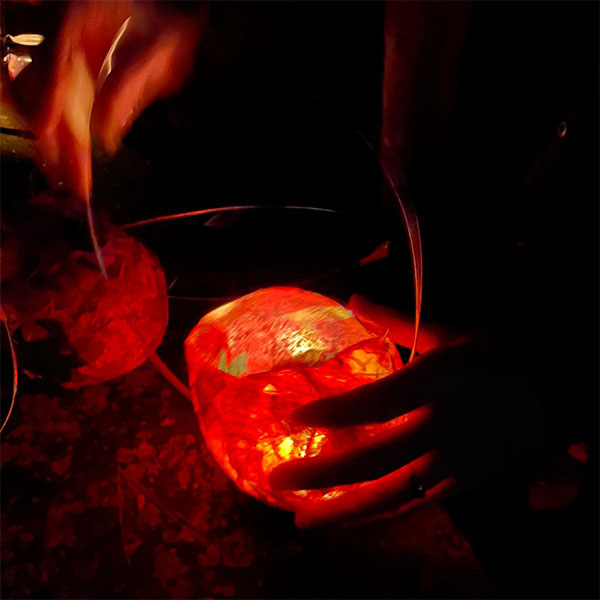 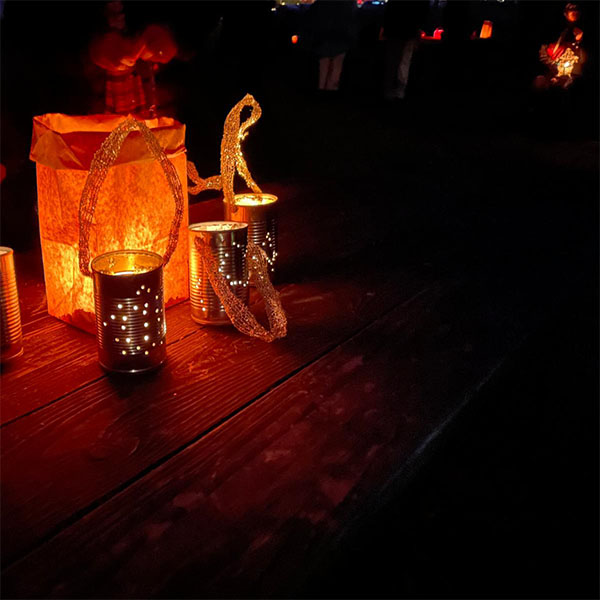 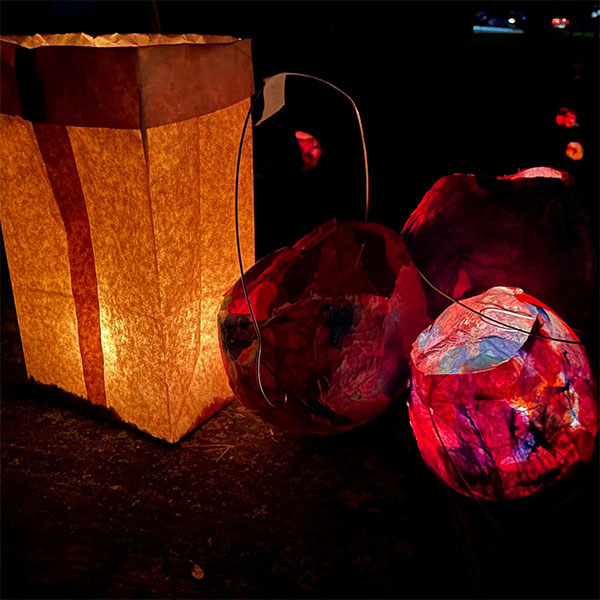 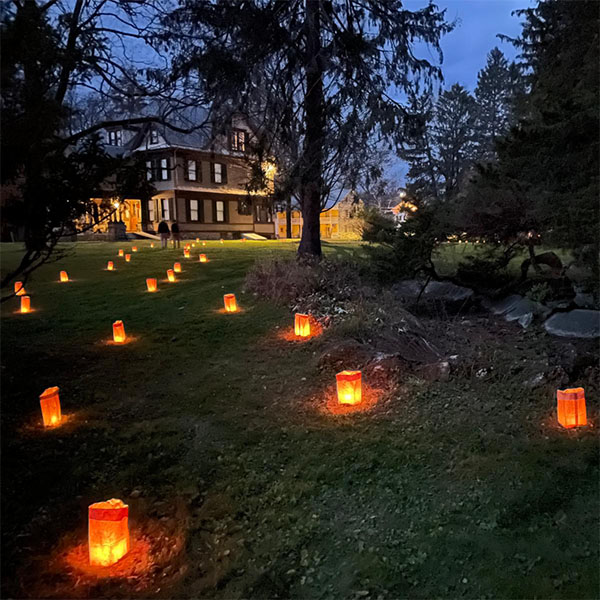 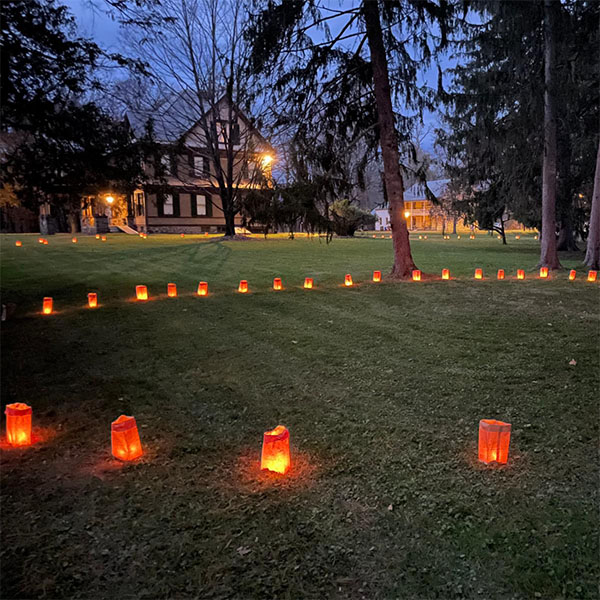 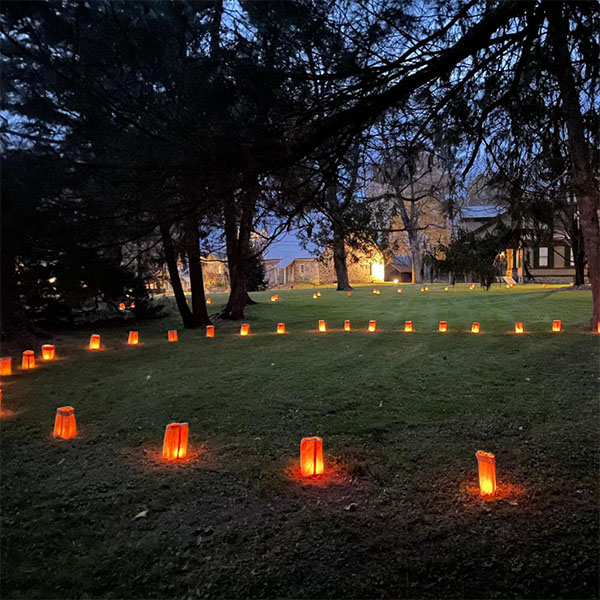 This year, our Lantern Walk was held on the beautiful grounds of Historic Huguenot Street, where the French Huguenots first settled in New Paltz in 1678. 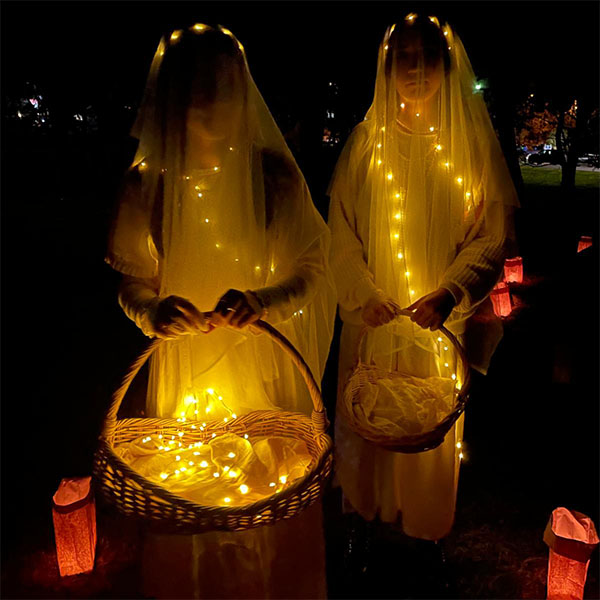 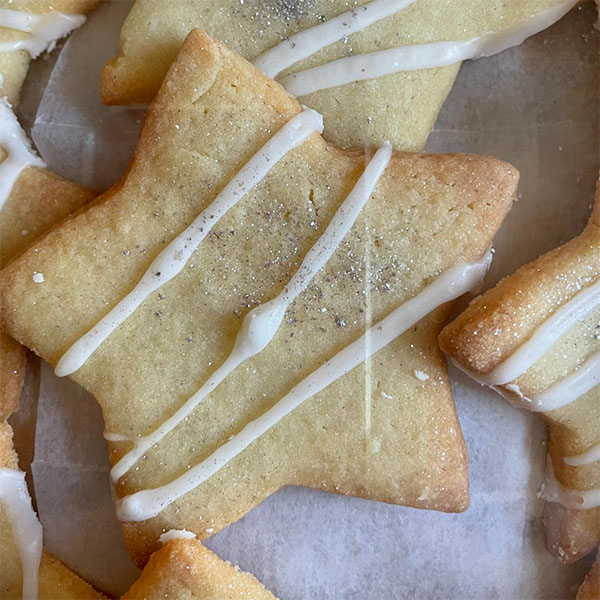 The delicious buttery star cookies the faeries hand out to the children have for many years been baked by Agnes Devereux, alumni parent (class of 2012 and 2015) and owner of the much beloved and sorely missed Village Tearoom. We are immensely grateful to Agnes for her divine donation this year. 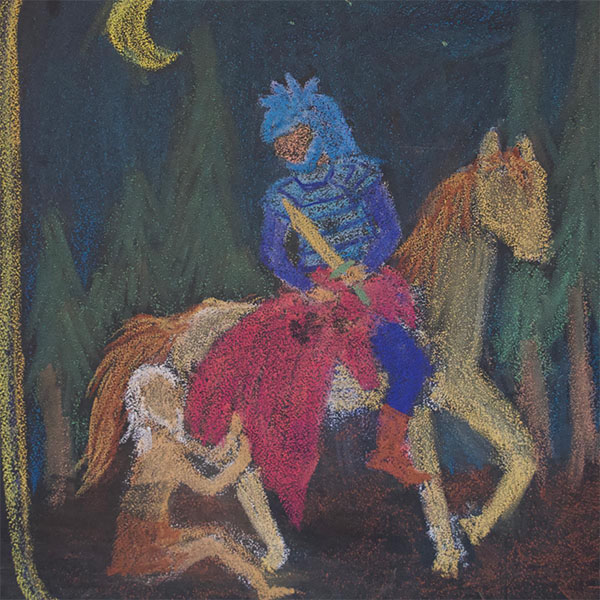 Throughout the year, our school celebrates festivals to connect us with the cycle of nature, establish a yearly rhythm for the children, and strengthen our community. The festival of the Martinmas Lantern Walk is traditionally celebrated between the fiery out breath of Michaelmas and the deep in breath of the winter holidays. It honors, in a universal way, the story of St. Martin, patron saint of beggars and outcasts, who was known for his gentleness and his ability to bring warmth and light to those in need.

From France comes the story of St. Martin, who as a young man passed under an archway of the city of Amiens and discovered a poor beggar huddled there. The man was barely clothed, and shivering with cold. On seeing him, the young Martin took his cape from his own shoulders, tore the garment in half, and covered the poor man to warm him. The following night Martin had a dream in which he saw an angel wearing this same piece of his cape. The experience confirmed in him his devotion to all mankind regardless of their station in life. Martin went on to become patron saint of beggars and outcasts, and was known for his gentleness, his unassuming nature and his ability to bring warmth and light to those in need.

As we journey into the darkest time of the year, it is increasingly important for each of us to kindle warmth and light in our hearts. Martin’s cloak can remind us to share with those in need.

My Lantern, my lantern,
Sun and moon and star-light,
In the darkened heaven high
Shines no star within the sky.
Darkened is the path this night,
With no moon or star as light.

My Lantern, my lantern,
Sun and moon and star-light,
Friendly little lantern bright,
Be my sun and shield this night.
Be my moon and star so high
When no light is in the sky.